There were touching moments at our book reading for Remembrance Day 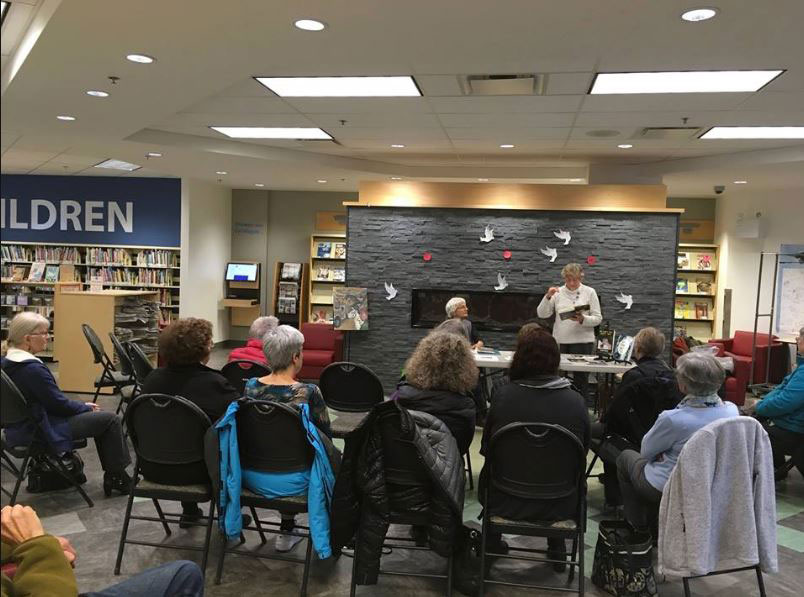 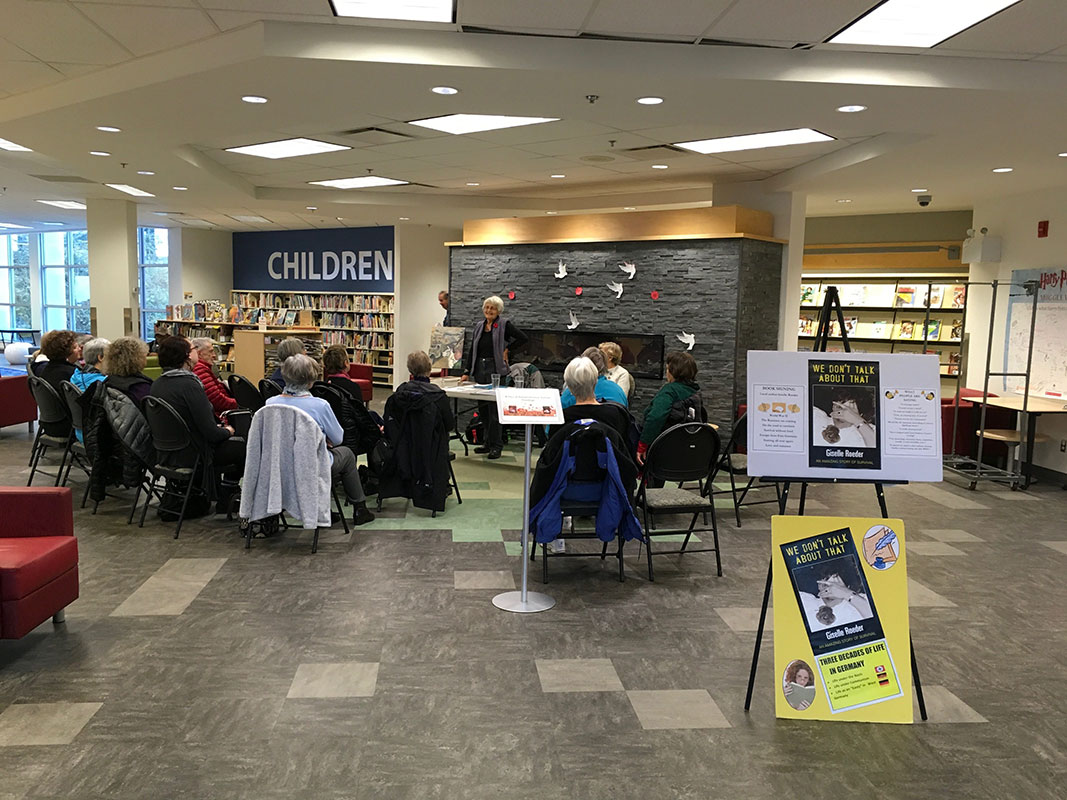 Nanaimo authors Giselle Roeder and Afiena Kamminga read from their books for a spellbound audience in Nanaimo’s  Harbourfront Public Library last week one day before Remembrance Day.  Roeder’s book-length memoir  We don’t Talk about That, (www.giselleroeder.com) and Kamminga’s just released novel for young readers (and up) The Storks Came Back, tell the stories of ordinary families who are swallowed up — slowly — by war, when the Second World War lands on their doorsteps — the one family in Germany (Pommerania) and the other in Denmark invaded and occupied by Hitler’s army.

Afiena Kamminga read excerpts from her book illustrating — from the point of view of Morten Mors, a boy who grows up during those menacing years– how the occupying Nazi regime in Denmark tightened its grip over time. Roeder’s readings from her book illustrated the same insidious process beginning years before the war, when the Nazis struggled, schemed and eventually succeeded to monopolize political power in Germany.  Her readings, filled out with ad lib comments derived from her childhood memories, brought tears to the eyes of some in the audience. Some may have  carried their own memories of similar experiences, and others may have grown up in a family where the parents also went through such horrors and never were fully able to ‘talk about that.’ 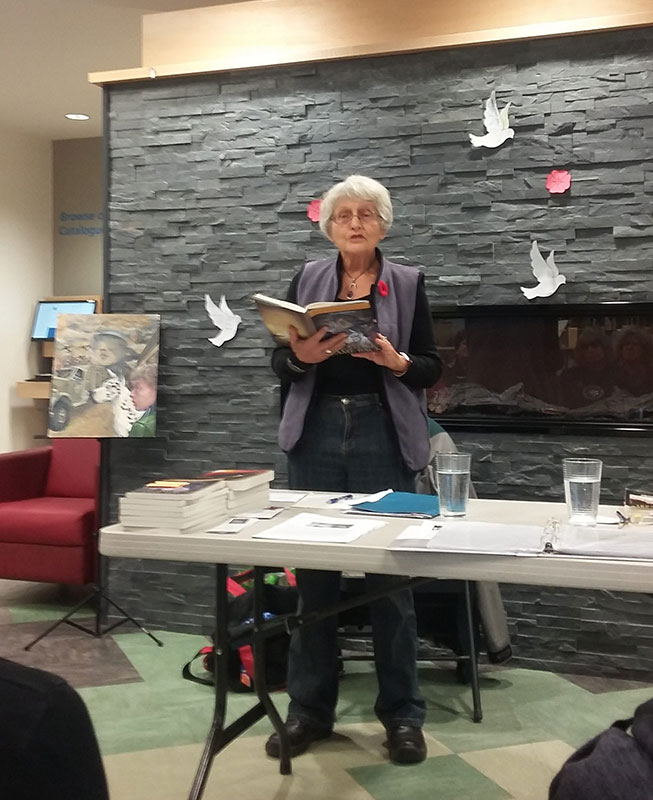 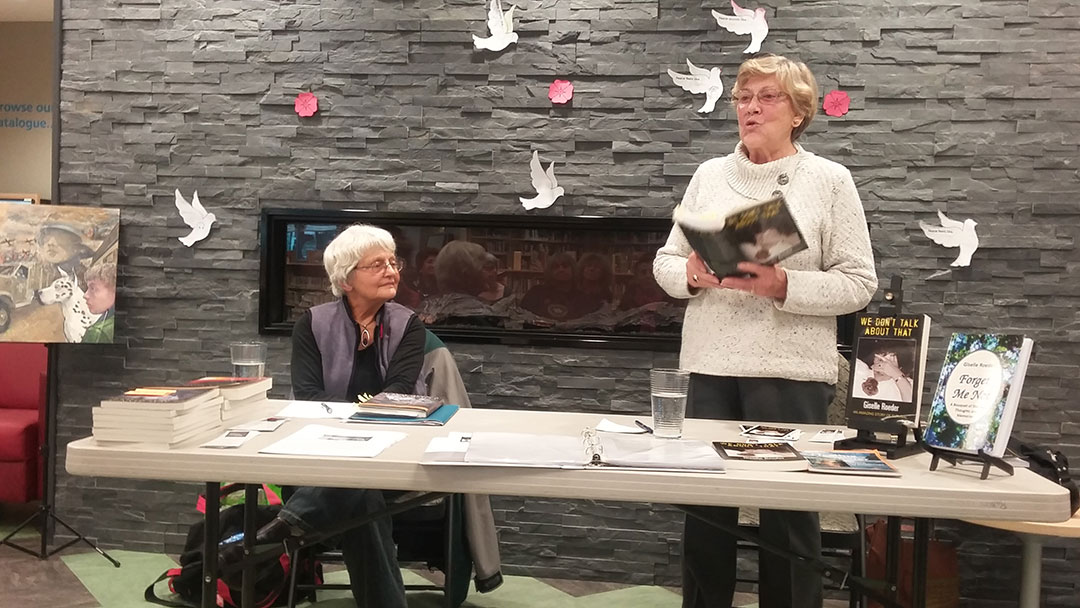 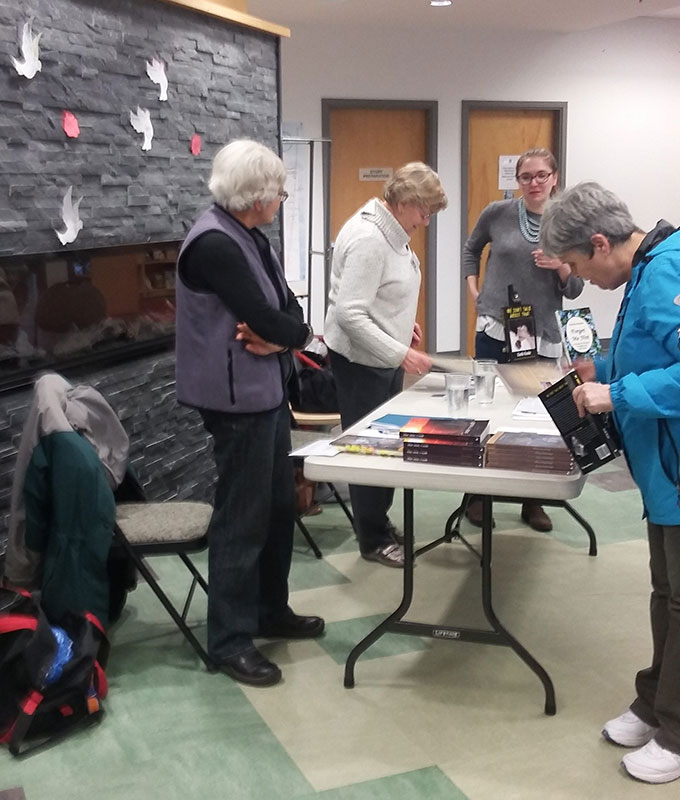