My first novel, the prequel to Unamakik, Land of Fog 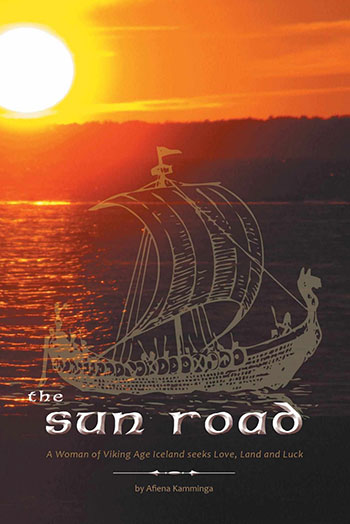 In tenth century Iceland a young woman, Thora Thorvinnsdottir, is orphaned at age fifteen, out of a home and close to destitute. Goaded by her misfortune Thora strives to fill in the gaps between the warp threads of her life’s weaving pattern — which the Norns, maidens of fate, set up for each mortal as they see fit — with weft threads of her own choosing.

She sails west to the new frontier of Greenland hoping to acquire a new farm of her own. In Greenland she agrees to a marriage ill-conceived to begin with, and ill-fated in the end. Thora joins her husband’s timber-seeking expedition across the western sea to an unexplored land rumoured to be the source of driftwood littering Greenland beaches. In Westland they encounter novel forms of life — plants, animals and people unknown even to the most traveled Norseman among them, and Thora is given a chance to achieve a major goal she set for herself, in a way she never imagined.

This an excellent historical novel featuring Thora, a young strong Icelandic woman of the 10nth century who is precipitated into a series of adventures that land her, eventually, in what now are the New World coasts of Labrador and Newfoundland. Based on actual old Norse sagas, the story, gritty in places, gives the reader a real sense of what life from a woman’s perspective may have been like in the era of the Vikings.

The novel portrays both the home lives of Thora’s people in Iceland and Greenland, as well as their seafaring adventures as they pushed out into unknown seas, and encountered lands and peoples completely new to them. At the end of this volume, the author leaves her heroine Thora stranded in the New World, in the company of a wounded native man with no shared language between them. I’m looking forward to the sequel, as I’m sure are many other readers.