This is my award winning entry in the Short Story contest of the Icelandic Festival 2018 in Gimli, Manitoba 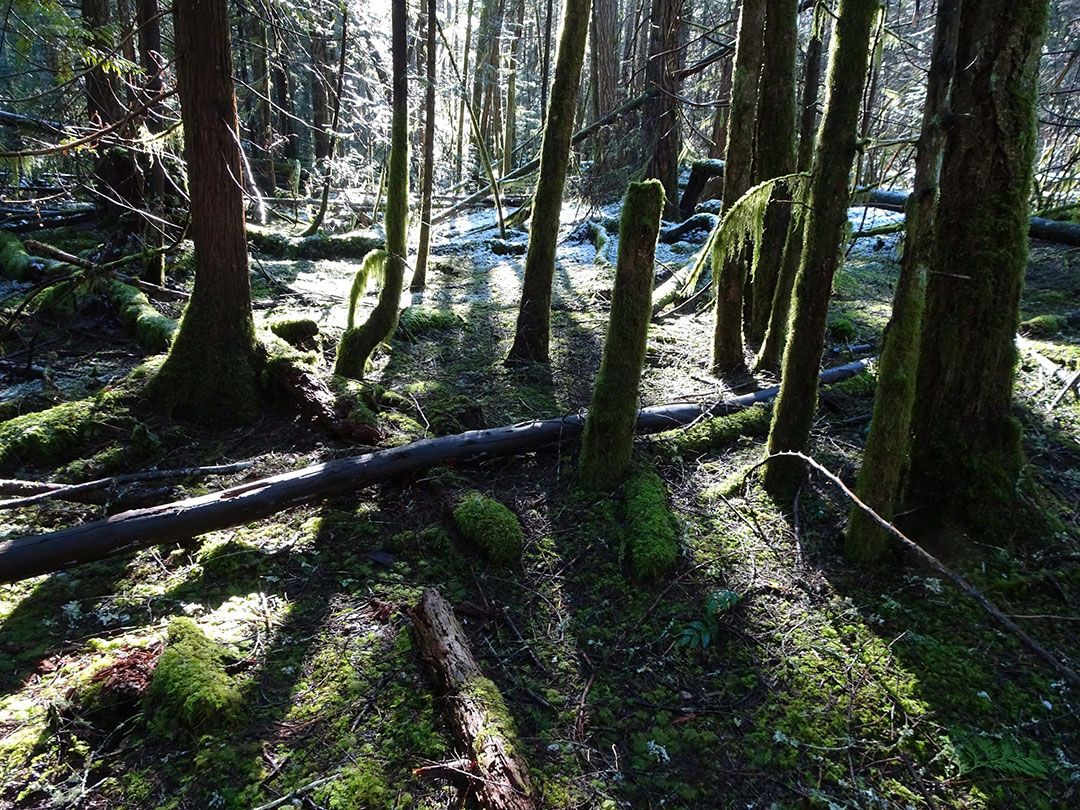 (Landnamabok)
…a country which some call Ireland the Great. It lies west in the sea near Vinland the Good.

“No! I will not have you come near the lambing shed,” said Hallgerda, Thorstein’s new wife. She sent her stepdaughter, Sigrid, a withering glance. “You caused the demise of your mother and newborn brother. You have the evil eye.”

She folded her hands across her bulging midriff. “When I give birth I don’t want you around.” Sigrid went to her bed and pulled the horsehide rug over her head. Nothing seemed to go right for her and her family since they had sailed from Iceland to farm a new landholding in Eirik Rauda’s Greenland.

When her mother died shortly after birthing, Sigrid had worked day and night to keep her newborn brother alive, feeding him goat’s milk from a soaked wad of sheep’s wool. But the little one refused to suck and one night his thin, pitiful crying fell silent.

(Graenlendinga Saga)
This land must be named for what it has to offer, and we will call it Markland (Forestland)

All winter there had been talk in the Greenland settlements of another new land across the western sea, a treed land almost certain to be the source of the driftwood washing up on Greenland beaches. A trade ship coming from Iceland was blown off course the previous summer, failing to arrive in Greenland. Before they turned back after the storm, they happened to sight an unknown coast, a new land with white beaches and high cliffs with dense tree growth on top.

When the ice left the fjord Thorstein decided to sail west, hoping to find the forestland and bring back a shipload of precious timber.

“And should you find any Timberland natives,” Hallgerda said, “try to capture a few. We need more slaves in Greenland to work our new farms.”

Thorstein assembled a crew, loaded his trade ship with supplies for two weeks at sea, and sacrificed a young bull to the god, Njord, to be granted a calm sea and safe journey.

Hallgerda, left in charge of both household and farm, led the carls and maids back to the farm after waving the others goodbye. With a protective hand on her belly, she turned to old Herdis. “I’ll send the evil eyed girl to live in the mountains with Thordis, the seeress.”

She scanned the pastureland. “Speaking of which…where is the wicked girl? She never bothered to wave her father farewell.”

Thorstein handed over the steering oar and made his way to the bow to catch some sleep. Moments later he heard his daughter, Sigrid, whispering in the dark. “I’m coming with you, Father. Hallgerda doesn’t want me around. She says I have the evil eye.”

Thorstein sat up, bellowing, “Who allowed you on board of my ship?” He lifted her chin. There was no escaping his icy gaze. “You, Sigrid Thorsteinsdottir, are a disagreeable, willful girl. You will do chores to earn your passage to Timberland and back.”

(Graenlendinga Saga)
…they thought the land fine and well-forested, with white beaches and it was not far between the forest and the sea.

Twelve days later they sighted a coastline with steep cliffs crowned with spindly trees. They followed the treacherous coast until it turned sandy and low with shoals and lagoons and a forested ridge behind. Grani, the lookout, shouted, “Look! There’s a channel leading to that lagoon behind the big sandbar.”

They rode in on the tide and beached the ship among shoals of smelt ready to spawn. The men spilled out with nets and scoops to catch a fresh smelt meal. Thorstein pointed Sigrid to the wooded hills. “Go and find us some greens to go with our fish.”

A shadow fell across the doorway and a woman entered, of short stature, wearing a fitted tunic …she walked up to Gudrid … ”My name is Gudrid and your name is?” The other woman said, “My name is Gudrid.”

Uneasy among the dark needle trees, Sigrid returns to the lagoon. She follows its shore, looking for salty edible greens. Alerted by a distant cry, she scans the saltmarsh beyond the lagoon. What is that moving black spot down there? She narrows her eyes. Is there someone, or something, waving arms at the saltmarsh – at what? At another dark spot… someone caught in the marsh? Not one of the ship’s crew. The men are all close to the ship, fishing.

She picks up a fallen branch and runs to the marsh, astonished to find a small boy, and a woman up to her hips in the marsh – too far for her pole to reach. Sigrid takes a step forward, sinking in ankle-deep. Back on firm ground, she knows. Quicksand!

The boy runs off to hide between bundles of eelgrass tied with braided cord. Rope!

She throws the rope – one end of the rope attached to her pole, the other end coiled in her hand –- as far as she can. Too short. After the third try the rope falls close enough for the woman to grab. Sigrid hauls back slowly. Her legs freed, the woman pushes with elbows and knees, scurrying to safety. The boy runs over to her for a lengthy hug.

Sigrid marvels at their outlandish features, the faces dark tan with broad cheeks, the hair thick and shiny black like the mane of her father’s favourite stallion back home.

And they’re alive, thanks to me!

She is overcome with joy, and filled with a fierce sense of vindication. I saved a life. Hallgerda was wrong to say that I carry the evil eye. Or if I did, it never followed me to this land, because it couldn’t, no more than evil spirits can cross the sea.

The woman looks up. They exchange uncertain smiles.

Sigrid says, “My name is Sigrid. What’s yours?”

The woman places her hand on her heart and echoes the words, “My name Siglid, wat youls?”

She says a few words to the boy, words so strange to Icelandic ears, they could be mistaken for birds’ talk.

The woman ties the eelgrass into a single bundle, loops the towline around her forehead and heads for a trail into the forest, dragging the bundle. She beckons Sigrid to follow.

Sigrid glances across the lagoon at the ship, now afloat, kept in place by the men working their oars. One man is still out, up to his knees in the water, shading his eyes to scan the sun-drenched scape of land and water. Father, looking for me.

Faintly she hears him calling her name. He wants her back on the ship. To sail home with him later, with a load of timber, back to Hallgerda – a woman intent on steering more bad luck my way. It could be she, Hallgerda, who carries the evil eye. But Thorstein will believe his wife, not his daughter.

With sudden resolve Sigrid turns away from the ship and the life she has known. She jogs to the woods, catches up with the boy and the woman, reaches for the rope and helps to pull. In the shelter of the forest it dawns on her how wrong she was to think of these woods as a hostile place. The thick wall of trees protects all who dwell in the shadowy forest from those who intend to take any captives they can, and sail them away to sell as slaves in a treeless land oversea.