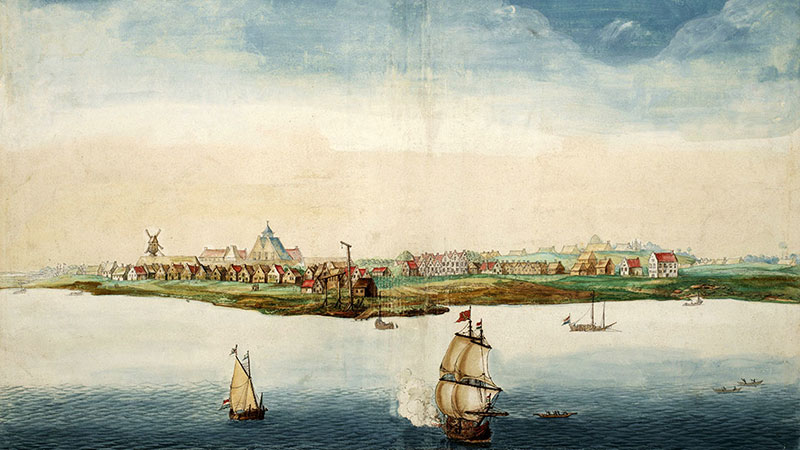 So, what is a writer to do, when forced to stay put during covid, followed by periods of uncommon summer heat, extreme and long lasting, discouraging said writer’s usual activities in the great outdoors? Easy answer:  writer keeps writing – reams of pages to help traveling back in time to the17th century, first to the Isle of Manhattan  on a cold winter morning, a few decades after ‘Manahattan’ received its first settlers from Europe, sponsored by the West India Company, established in 1621 in the Republic of the Seven United Netherlands at Amsterdam. Those were cold years in Europe, during a period sometimes referred to as ‘little ice age.’ No wonder then that the story of Saskia of New Amsterdam, main character in my new upcoming book (hopefully to be released in another few years…) begins with thirteen year old Saskia Sierts enjoying her solitary (except for the little dog we see scrambling to keep up with her) on a frozen Manhattan marsh close to the fledgling town of New Amsterdam.