A Viking-Age Woman Ventures into the New World

My latest novel, the sequel to The Sun Road is available now!

On an expedition to Westland in search of timber, Thora Thorvinnsdottir continues to be caught in the web of her estranged husband’s cruel animosity. Thora’s countrymen abandon her in a narrow escape from an ambush by a band of native Westlanders. Stranded in an unfamiliar land when their ship departs, Thora nearly succumbs to despair. Then she discovers that Elkimu, the Norsemen’s young Westlander captive, has also been left behind.

Over time, what has begun as a liaison necessary for survival evolves into love. When Thora returns with Elkimu to Unamakik, his homeland, she devotes herself wholeheartedly to integrating with the Ellenu people and culture. When Elkimu’s family ultimately banishes her, she returns to her own people only to discover that her name does not, in fact, reflect who she truly is. Thora finds herself torn between two worlds-and rejected by both.

Thora’s quest for love and an ever-elusive sense of belonging leads to intimacy and alienation, to birth and rebirth, and to the clashing of worlds-one world in which she sojourns, and the other she finds within herself, from the land of fog to clear skies.

In this sequel to The Sun Road (2014), Kamminga’s prose is rich and balanced, selling not only the remote setting, but also Thora’s experiences in Westland. The novel manages to work within the realm of the historical while retaining the mystical worldview of its characters and concocting a few turns that readers will not expect. The experience of seeing a re-creation of North American life around the turn of the first millennium is alone worth the price of admission, and the love story between the two unlikely spouses provides a satisfying conclusion to Thora’s difficult tale. An engrossing and finely detailed Viking story. 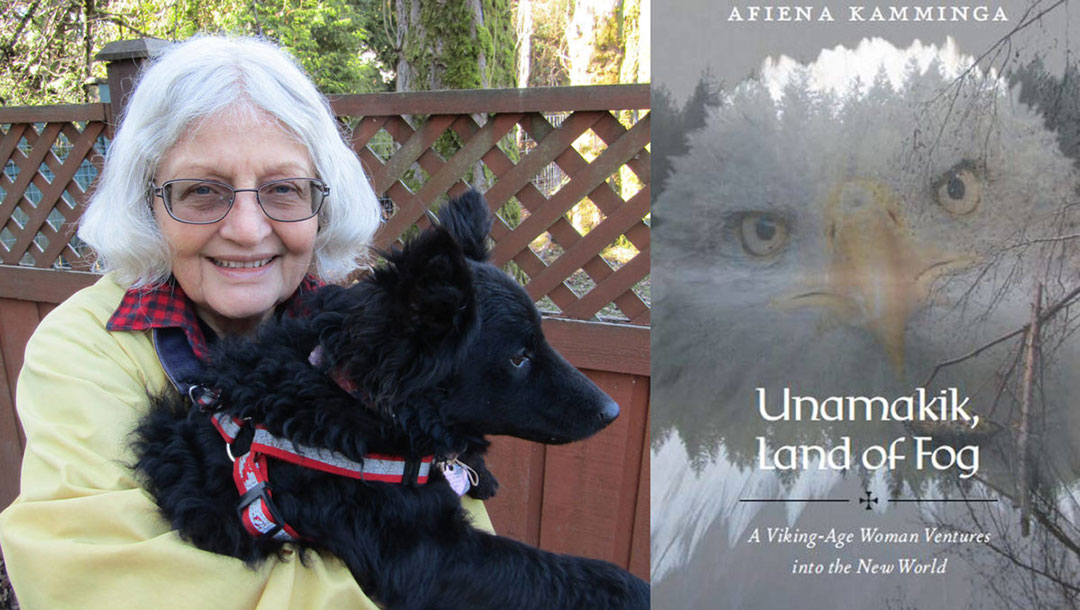 A Nanaimo author takes cues from the Icelandic sagas and draws from her own immigrant experience in her latest novel about a Viking woman stranded in 10th-century Atlantic Canada.

On Nov. 22 Afiena Kamminga released Unamakik, Land of Fog. It is the sequel to her 2014 book, The Sun Road, and follows Icelander Thora Thorvinnsdottir in the aftermath of an ill-fated expedition to North America in which she is left behind on the Magdalen Islands in the Gulf of St. Lawrence after her ship is wrecked and its crew – including her husband – is chased back to sea by the locals.

Thorvinnsdottir eventually finds herself on Cape Breton Island, where she gets married and attempts to integrate into the indigenous population, whom Kamminga describes as the ancestors of modern Miꞌkmaq. Viking settlers soon arrive and Thorvinnsdottir finds herself torn between both communities.

Kamminga said she wanted to bring her heroine to the Maritimes because it’s a journey she was familiar with as a Dutch immigrant to New Brunswick.

“Having gone there myself coming from Europe and being fairly familiar also with Iceland and Greenland, it sort of struck me that if these people had gone there that long ago in the medieval times, how would that have hit them?” she said.