THE STORKS CAME BACK: A Boy grows up in Nazi-occupied Denmark 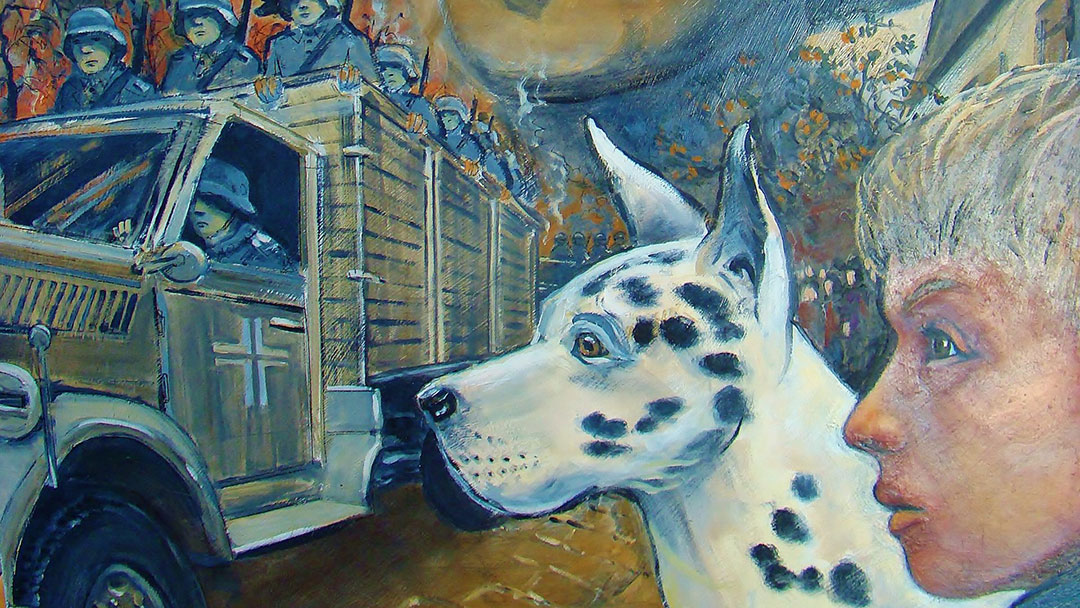 THE STORKS CAME BACK

A Boy grows up in Nazi-occupied Denmark

A novel by Afiena Kamminga

Morten Mors is seven years old when the Second World War rolls over Europe, swallowing up one country after another, including the kingdom of Denmark. One spring morning in the year 1940, a German Army column rolls by the home of Morten and his family. The house is located on the campus of an agricultural college not far from Copenhagen, where Morten’s mother is employed as a teacher. Five years later the war has ended at last. The countries occupied by German troops are liberated, and Morten’s father returns from concentration camp. Now Morten needs to come to terms with the discovery that life will never again be the same as before the nightmare of war and occupation descended on the world.

Almost imperceptibly at first, then fast and furiously, life in Denmark changes under the crushing grip of the Nazi occupation. Morten learns there is power in terrorizing others – and weakness too. His older sister, Inger, is drawn into the resistance movement but Morten is considered too young to be involved with risky underground activities. Until one day a Nazi-raid is in progress on the college campus in the far West of Denmark where Morten and his family have found refuge — their former home has been commandeered to serve as officers’ quarters for the German forces.

The local Resistance unit has used the basement of the main college building to stockpile explosives – the very building which is now being searched. Most of the stored explosives, Morten learns, were moved out in time — most, but not all.

Can he think of a way to move the explosives from under the noses of the Germans and hide them in a safe place? He conceives of a daring plan and decides to act on it in spite of the danger to himself and his friend, Niels.

With the help of Niels and Niels’ Newfoundland dog, Morten succeeds in moving the remaining explosives from the campus, undetected, saving the local Resistance, including family and friends, from arrest and death by firing squad.

In the course of five war years Morten grows up faster than a boy ought to. He learns about courage and cowardice, generosity, loyalty, and mean-spiritedness. He also learns that it is useless to stick labels on people. Good and bad can be found any time, any place among people, regardless of their background.

When I learned that the childhood memories of my Danish-born husband ran parallel to my own family history – both families, one in Denmark, one in the Netherlands, were forced out of their home by occupying German forces – the seeds for this fictional story were sown.

The Storks came Back is the result of our cooperation and the contributions of others who generously shared their memories of the Nazi occupation in Denmark.