Piet Hein began writing during the Nazi occupation of Denmark 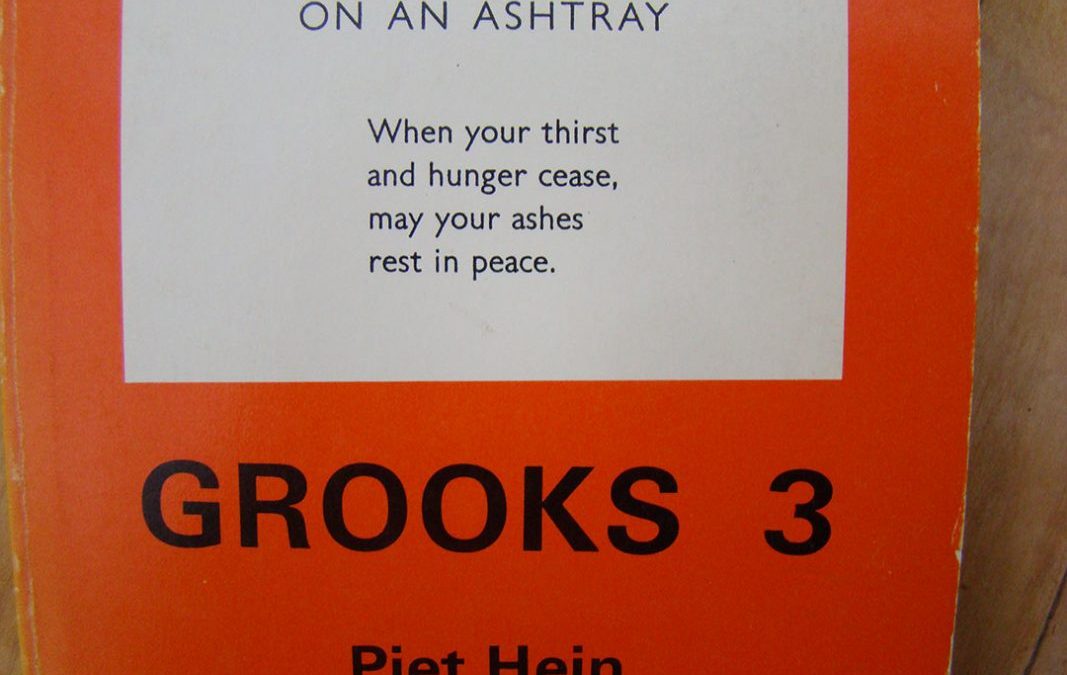 During the Nazi occupation of Denmark Piet Hein, well-known Danish designer and inventor, began writing what he called ‘gruks’ (later translated and published in English as ‘Grooks’), short aphoristic poems that became effective weapons of resistance against the German occupiers. By quoting from his work Danes could communicate freely among themselves any  ‘subversive’ political opinions they held, without getting arrested by the occupying regime.  After the war Piet Hein continued to create Gruks for the Copenhagen daily, Politiken.  Feel like reading some meaningful, brief and quirky statements that make you think and chuckle?